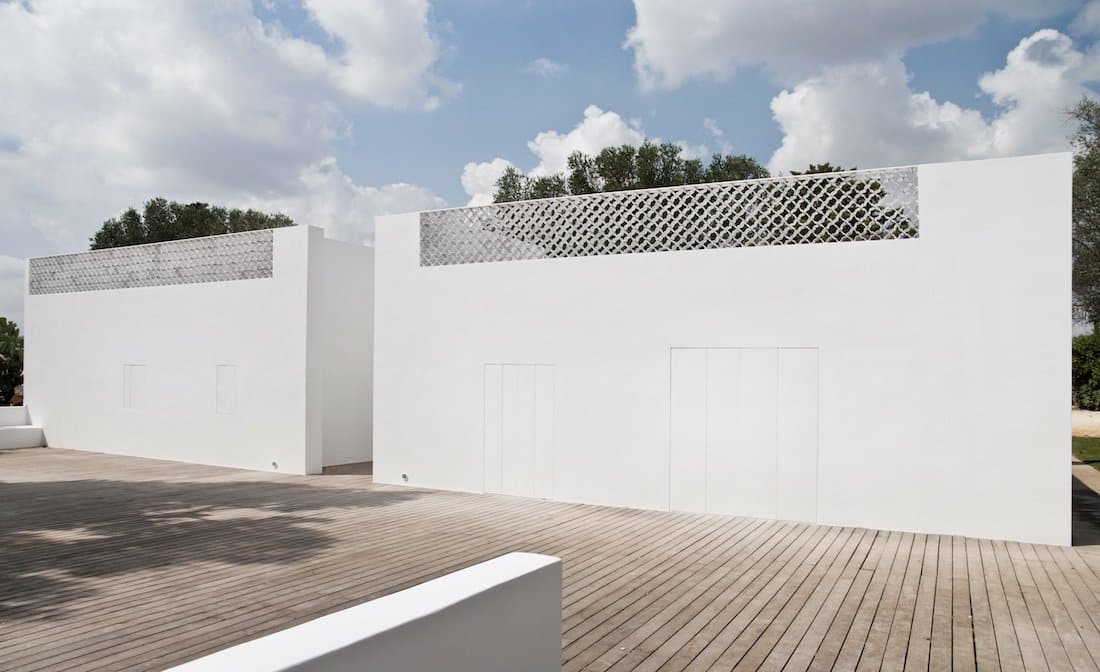 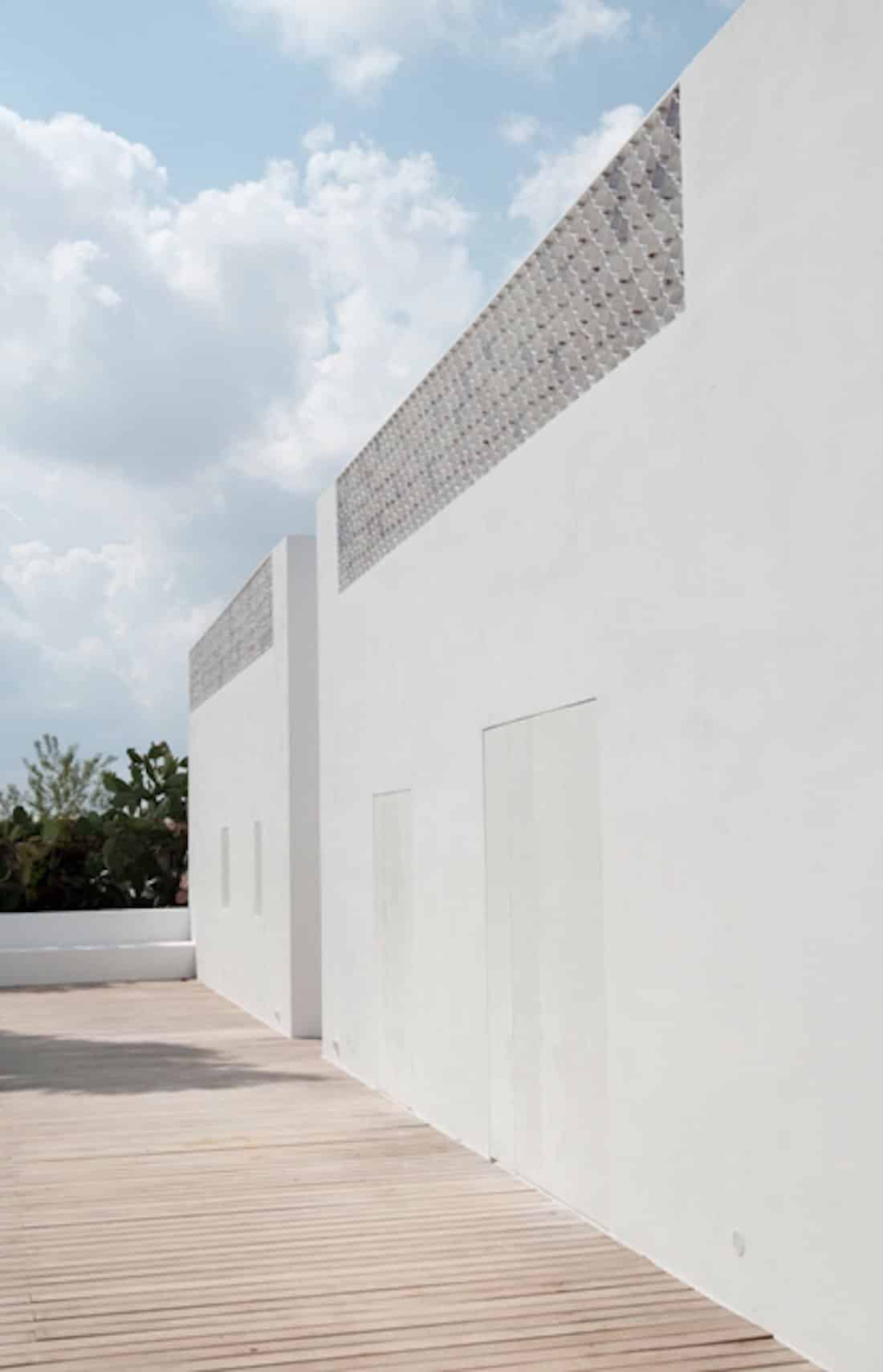 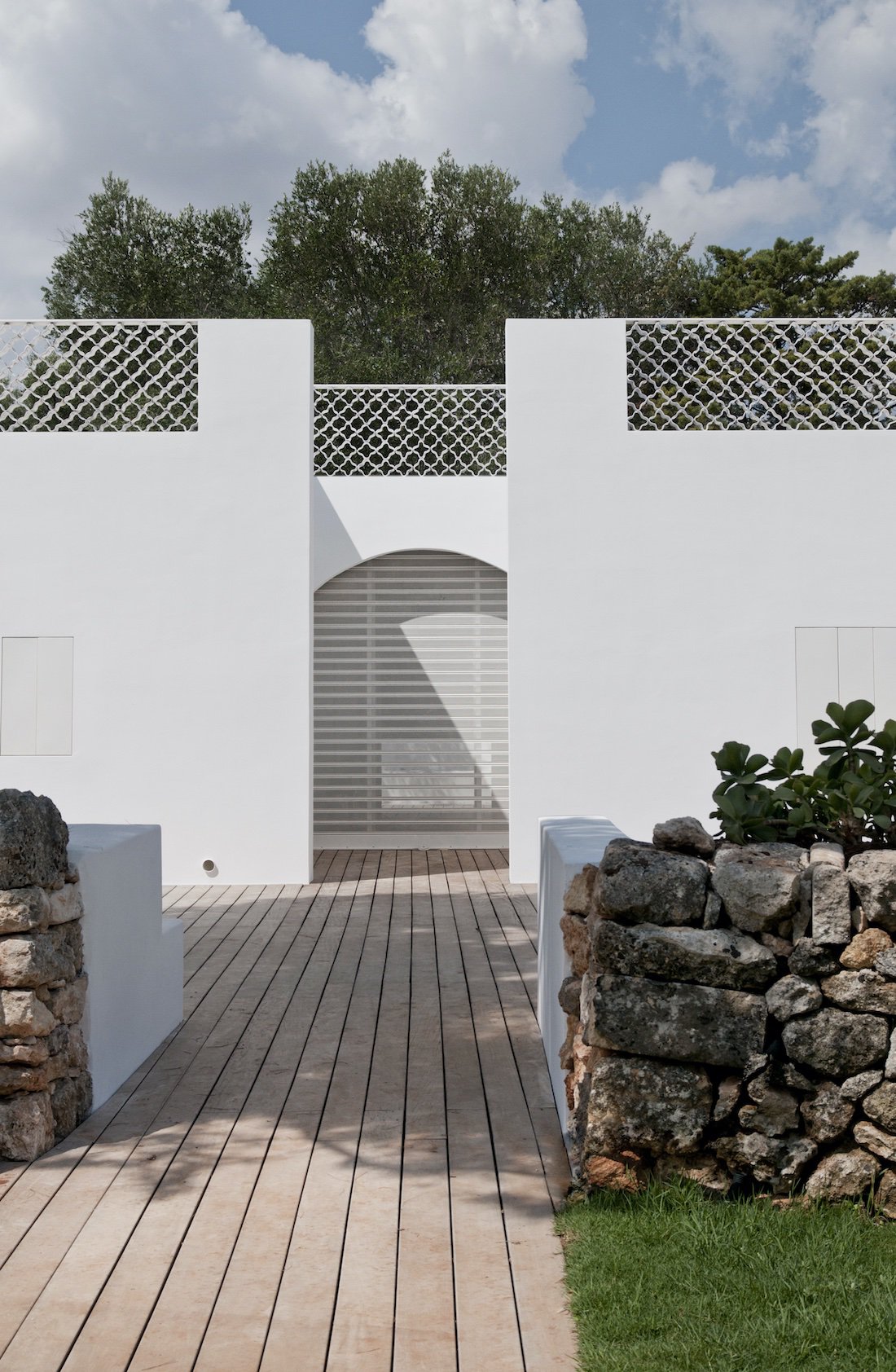 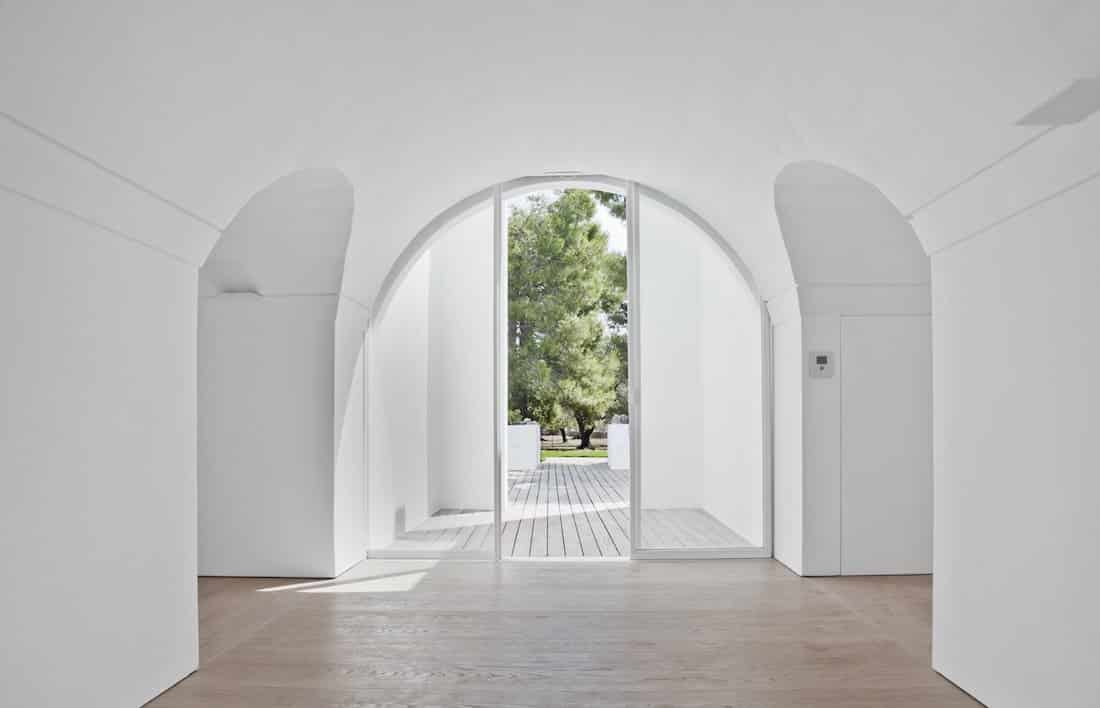 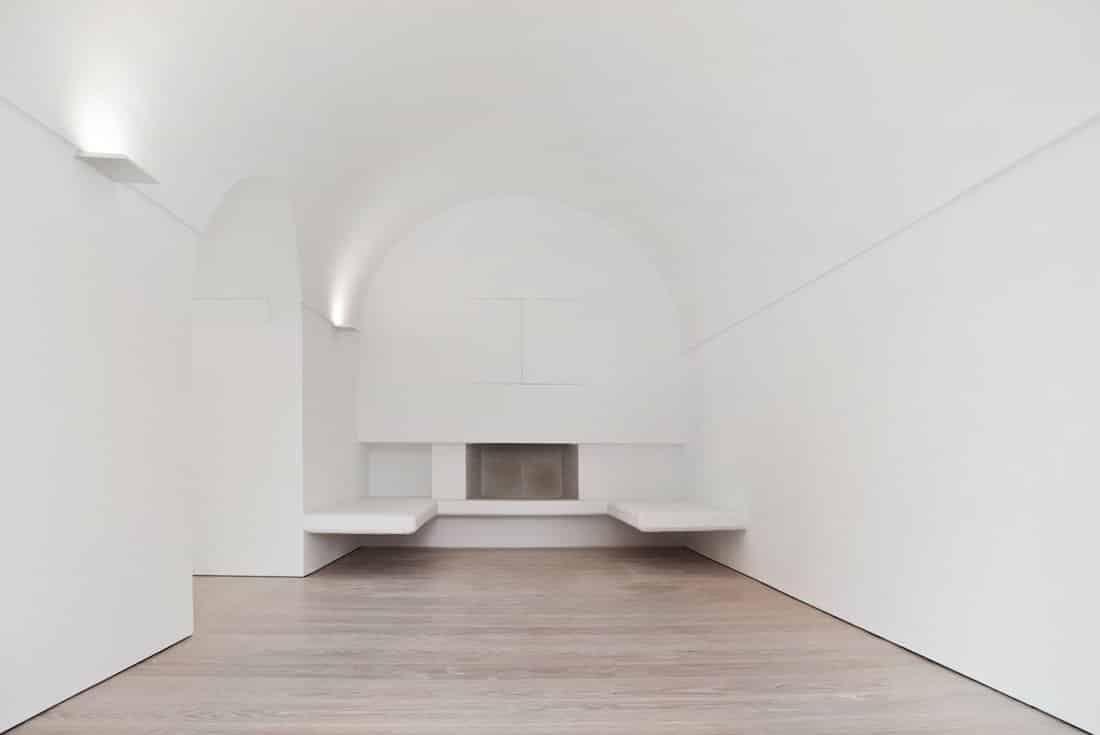 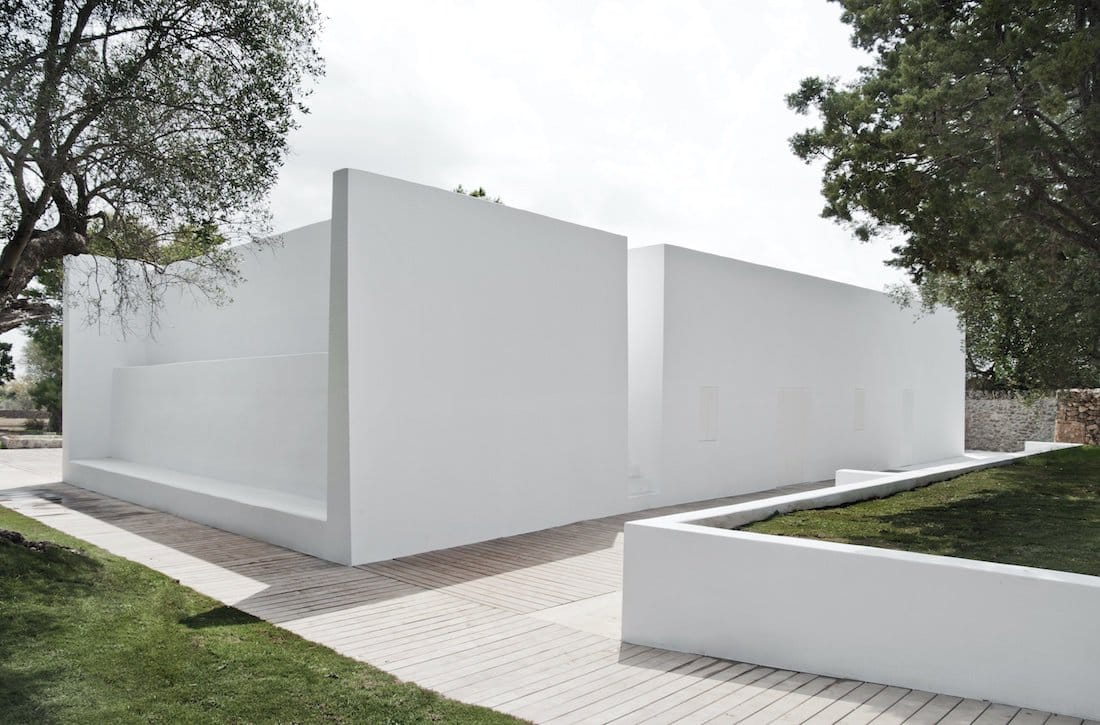 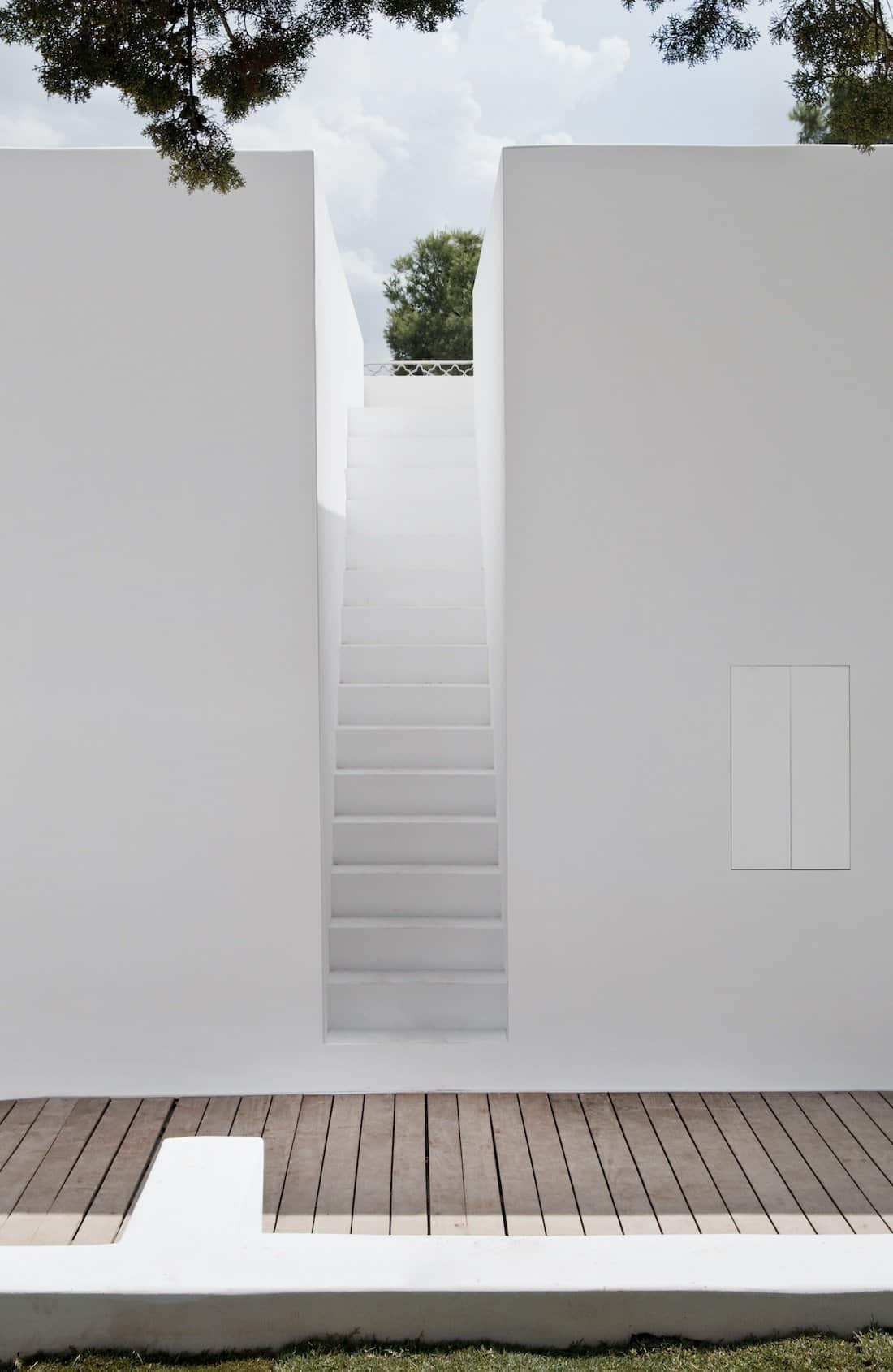 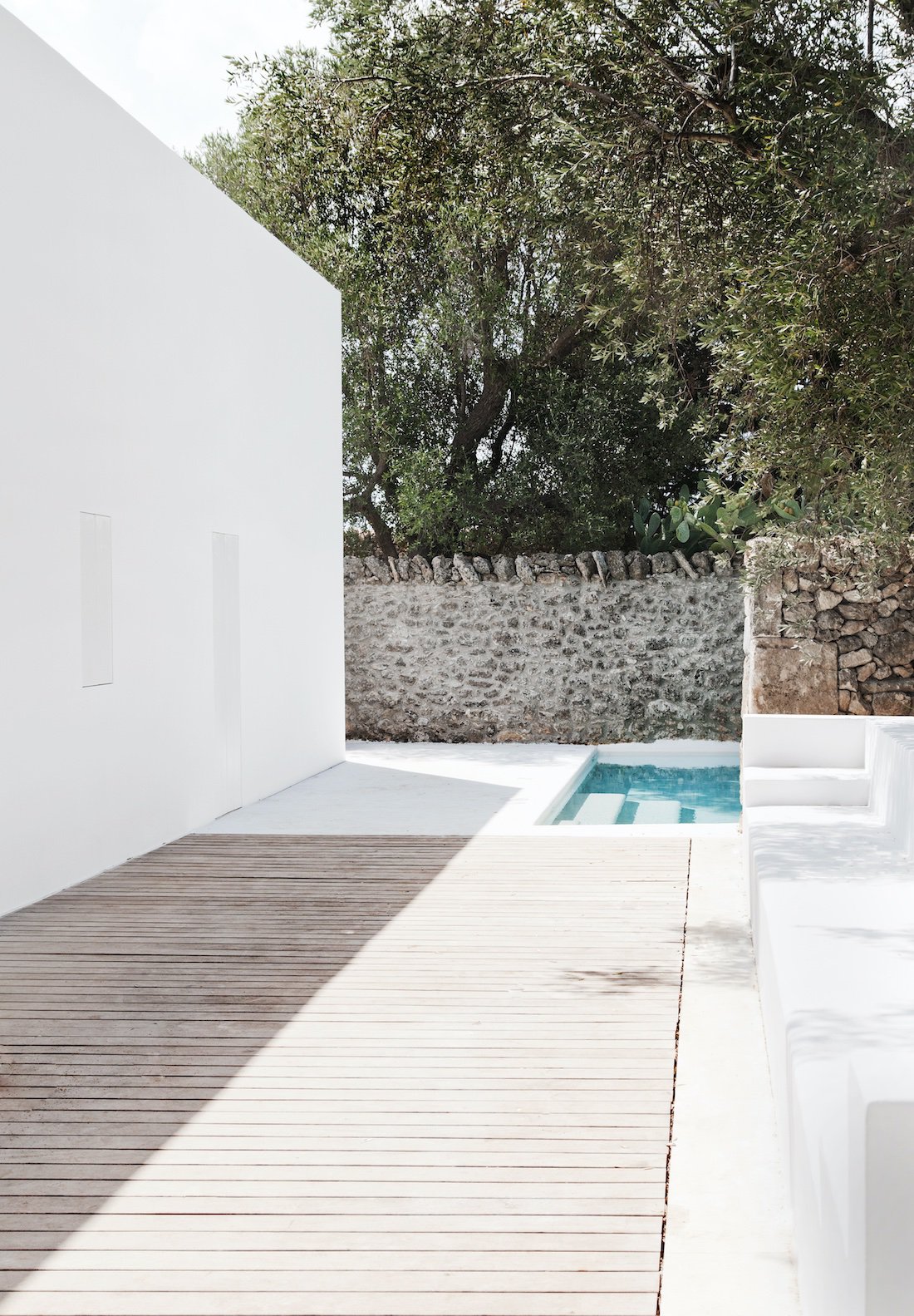 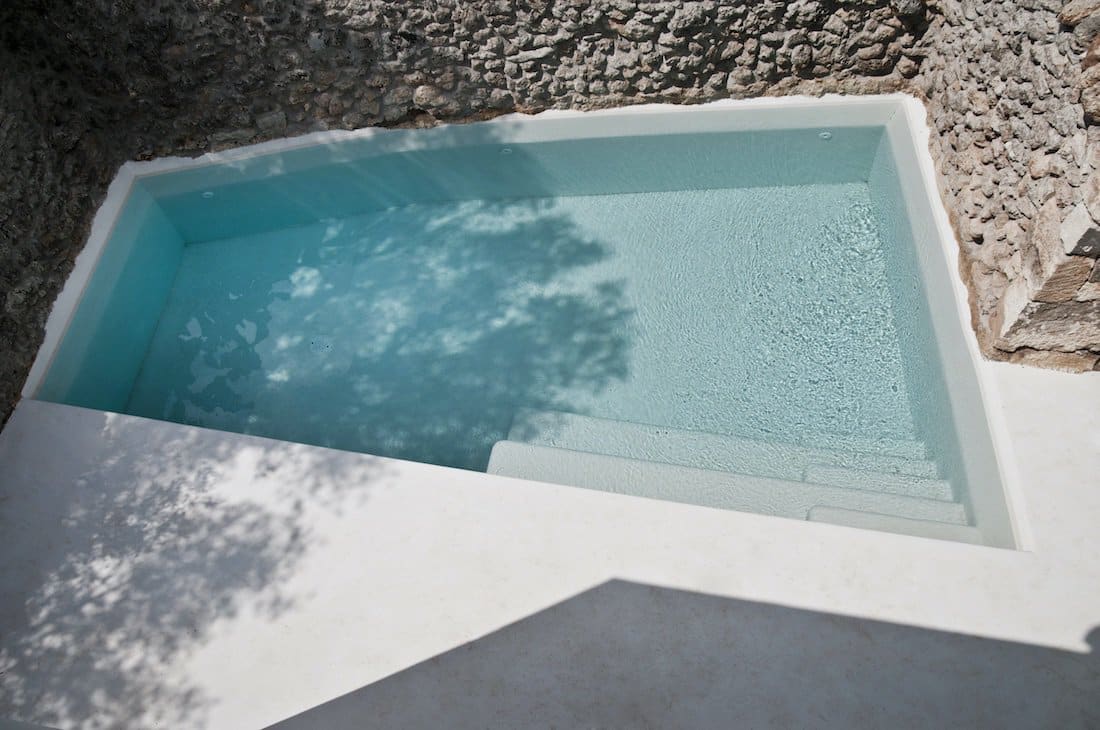 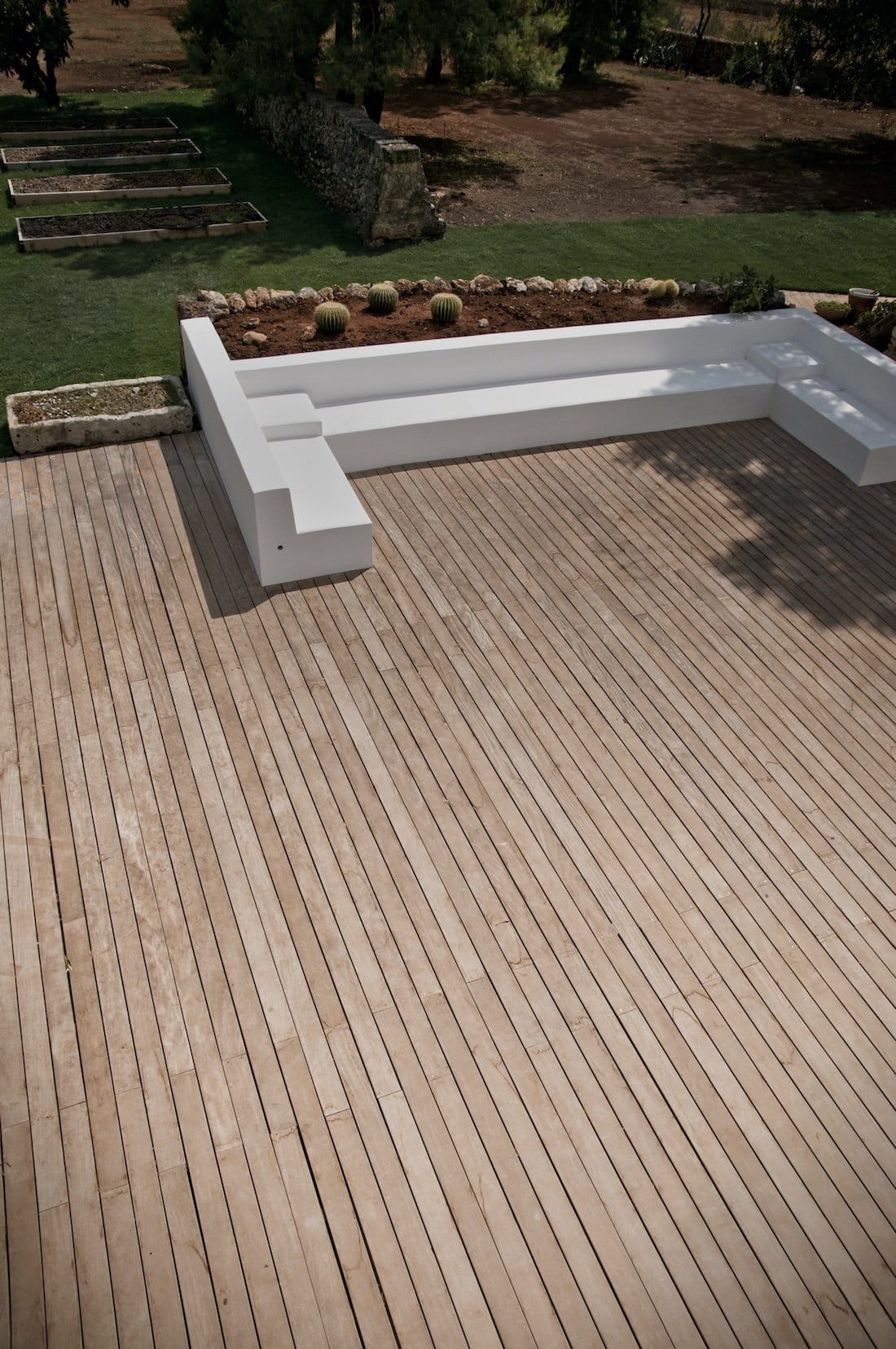 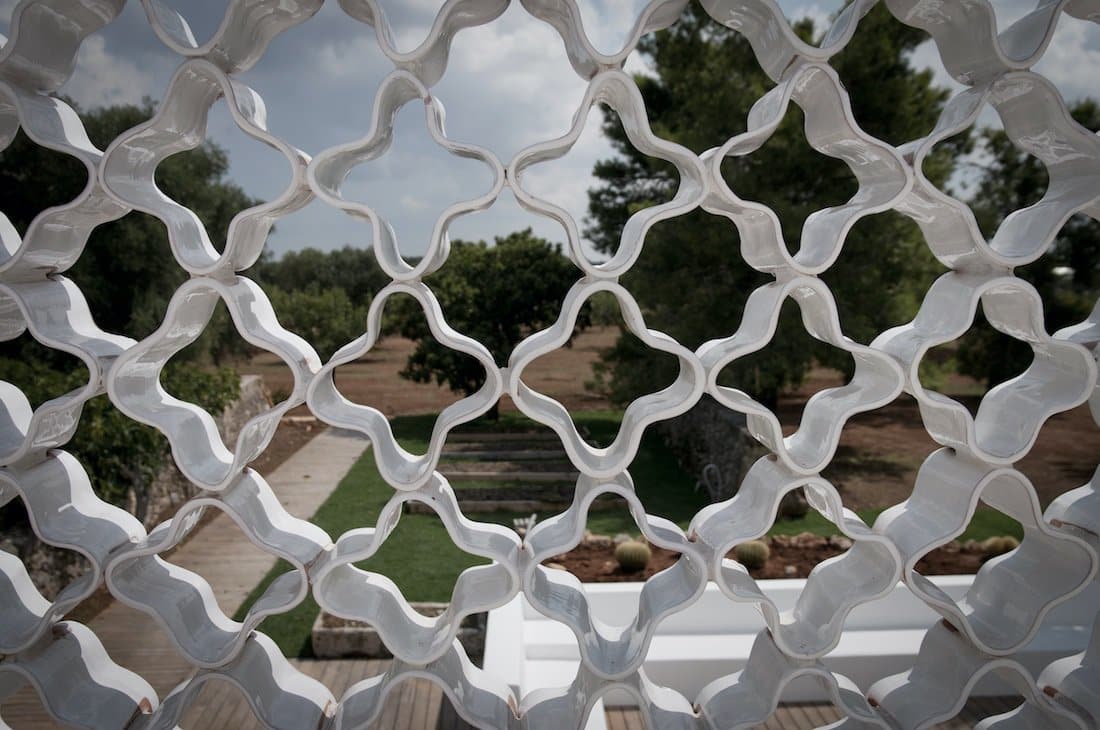 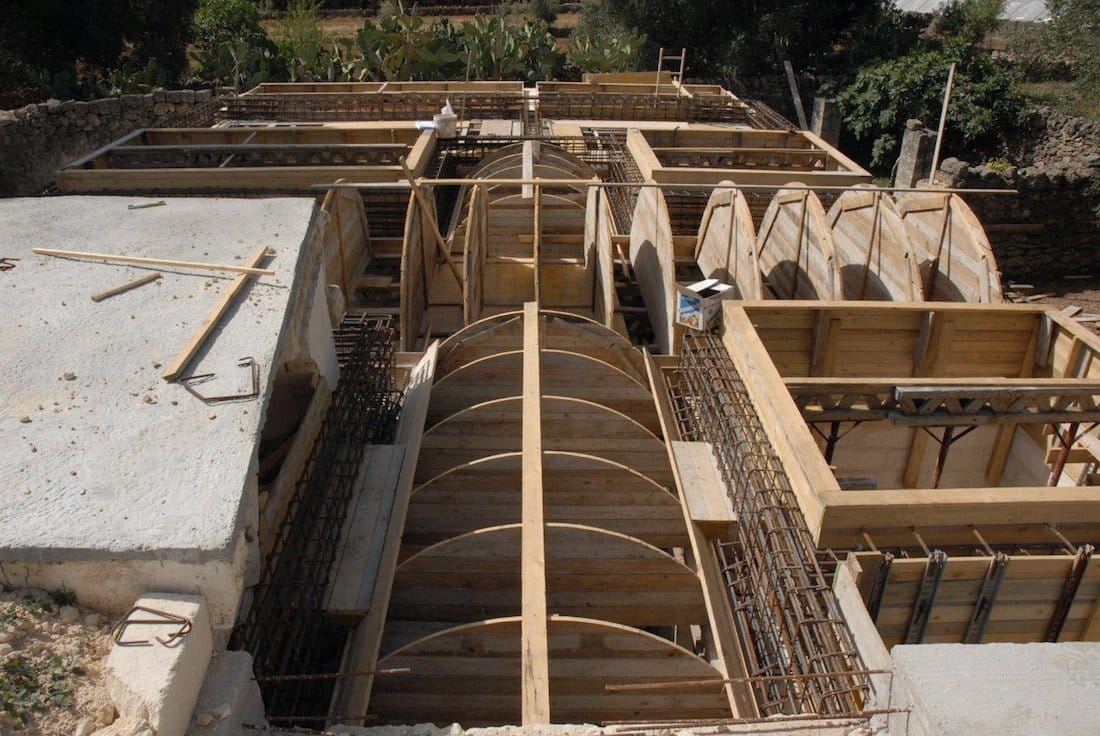 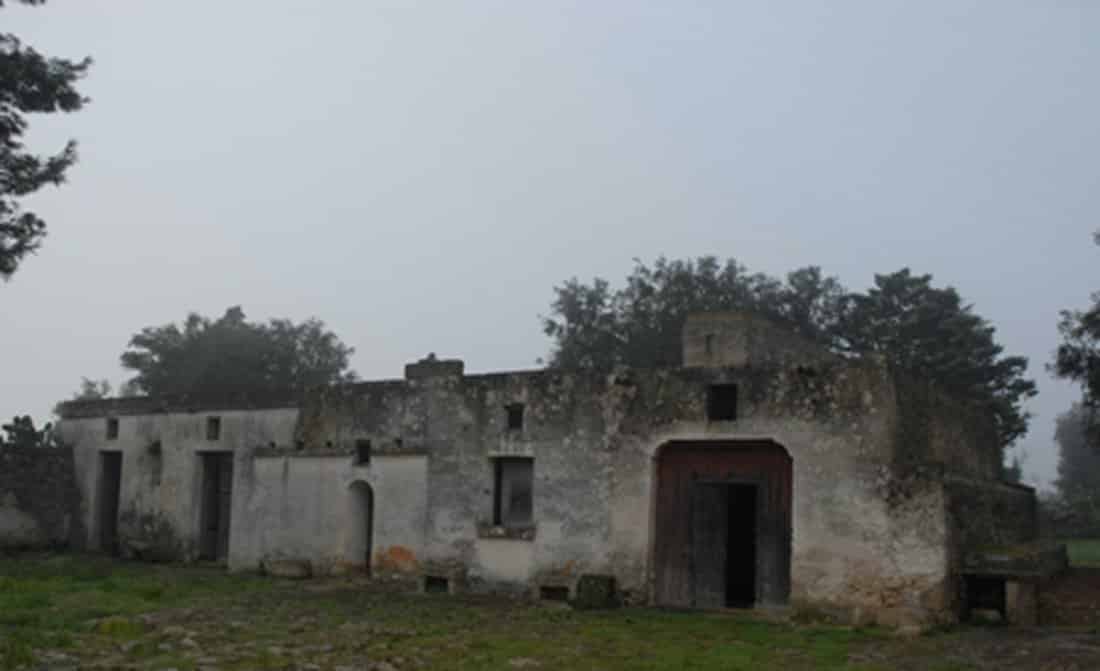 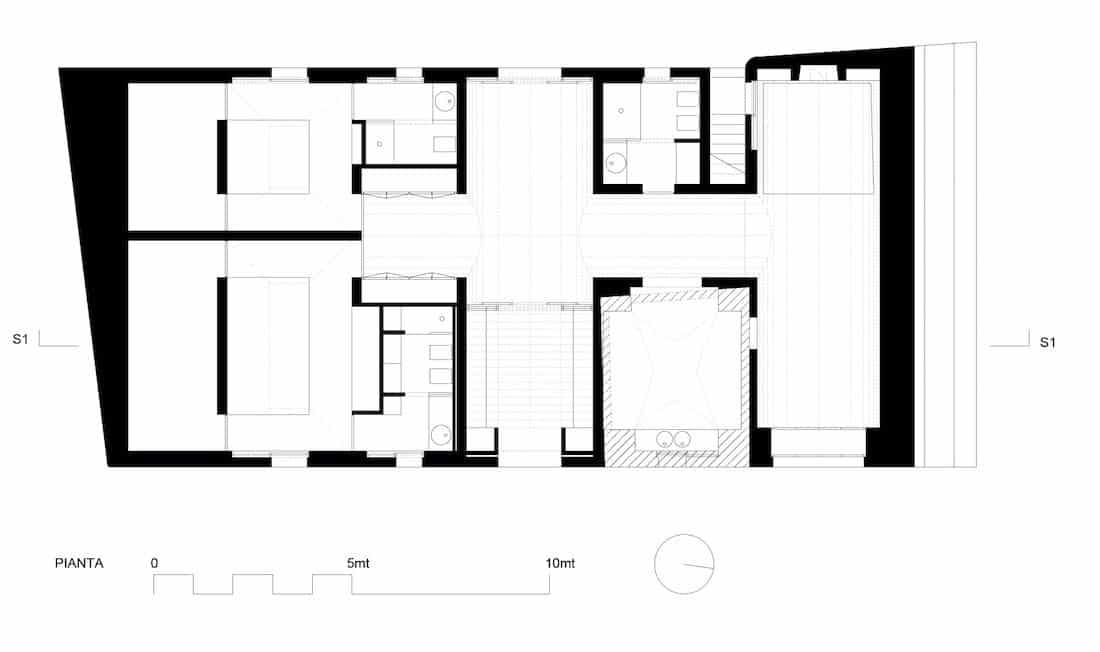 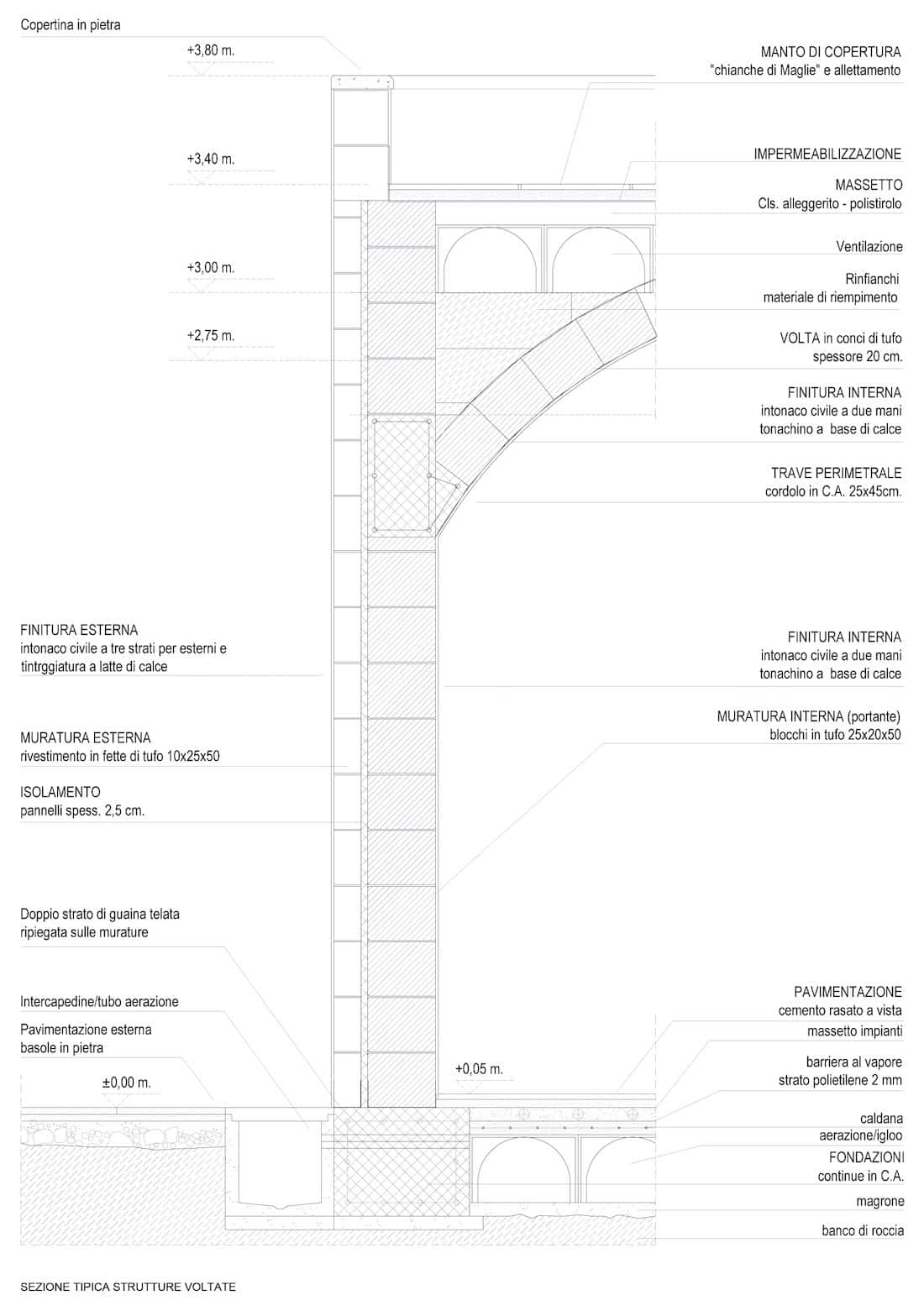 Casa Sorrentino began as a continuum of the pre-existing building: an old construction built from tufa, a local limestone. In keeping with this system of construction, a new home was built to integrate contemporary living with traditional construction materials and techniques.
The house looks like a monolith of pure forms, interrupted only by the presence of two breaks in the façades that represent a passage from the outside space to the inside space. Access to the home from the main façade is filtered through a vestibule that forms a link between the outside and inside, from a public to a private dimension. In terms of the layout, this element acts as both a dividing line and a joint between the old building and the new construction.
Made completely from stone in order to meet current anti-seismic needs, the structure incorporates a system of exposed circular beams made from reinforced concrete and painted white. As with the stone, these elements were also designed to respond to a static function and have a formal value that gives the architecture its character.